The Future of Energy: Renewables in Australia and the UK

The Future of Energy: Renewables in Australia and the UK

Renewables are a crucial part of the global energy mix, projected to provide almost 30% of global electricity demand by 2023. The Bloomberg Energy Outlook 2019 Report released today has found that the world will move to two thirds zero-carbon energy by 2050 as cheaper renewable energy & batteries fundamentally reshape the electricity system.

With renewable energy capacity in the UK now ahead of fossil fuels, the UK is strategically positioned as a leading advisor and exporter to the global energy market and to Australia which is showing signs of rapid growth.

The combination of better technology, lower prices, climate risk management, need to diversify and proactive policy setting by both Australia’s State Governments and the private sector is driving new investment and opportunities in renewables.

Join us for a briefing and networking session with industry leaders to discuss the newly launched findings of the Bloomberg 2019 Energy Outlook Report, market conditions for renewables in Australia and the UK and where the opportunities for cross-market transfer.

Gareth is a projects lawyer, with experience of the consenting, financing, acquisition and disposal of energy related infrastructure. He specialises in obtaining development consent for Nationally Significant Infrastructure Projects (NSIPs). Current work includes advising on: the first solar and energy NSIP at Cleve Hill in Kent, and the Hornsea 4 offshore wind and energy storage NSIP. Gareth has advised on project development, divestment and financing of over 100 solar parks in the UK, and a number of offshore wind farms, including Hornsea Projects 1-4, Walney Extension, Burbo Extension, Isle of Man, Westermost Rough, Barrow, West of Duddon Sands, and London Array.

Elena manages the Energy Economics team at Bloomberg NEF (BNEF), a leading provider of primary research on clean energy, advanced transport, digital industry, innovative materials and commodities. Elena’s team focuses on the cost competitiveness of power generation and storage technologies as well as the medium and long-term dynamics of the global energy transition. Elena is also the co-author of BNEF’s popular New Energy Outlook report. She presents regularly at industry events and her work has been featured on Bloomberg TV, in The New York Times and other media sources.

Prior to joining BNEF, Elena was an energy consultant for Parsons Brinkerhoff where she worked on international energy projects providing integrated financial and legislative solutions to a range of energy challenges.

Ben is a co-founder of Habitat Energy, a trading and optimisation service for battery storage and other flexible assets. Habitat Energy is currently supporting many of the UK’s biggest storage and solar developers and investors bring new projects to market by providing a credible trading strategy and route to market, and will be entering the Australian market later this year.

Ben was previously an Executive Director and board member at Aurora Energy Research where he founded and led the consulting practice for 4 years. He also led Aurora’s research and commercial due diligence activity in battery storage and renewables, supporting equity and debt transactions on some of the UK’s biggest portfolios. Prior to Aurora, Ben spent 6 years at McKinsey and Company consulting on energy and sustainability around the world including in Australia, and 3 years at Centrica Energy in the UK as Director of Strategy. Ben gained a first class honours degree in Mechanical Engineering in New Zealand, and an MPhil and DPhil in Economics from the University of Oxford.

He has 15+ years banking and finance experience in New Zealand and London, with the last 11 years focussed on the Energy & Infrastructure markets in the UK.  Adam has led project & leveraged infrastructure transactions across segments including renewable energy, PPP/PFI, brownfield infrastructure and regulated utilities.

Gareth Miller is Cornwall Insight’s Chief Executive Officer. He has worked in the energy sector in a variety of Director level client, transaction, investment, project and leadership roles, first as head of energy project finance for a global bank, then as a senior policy advisor to the UK government focusing on making policy investable, as a consultant to a variety of energy sector actors, and finally as the leader for a rapidly expanding energy analysis, research and consulting business.

At Cornwall Insight, Gareth has led the evolution and expansion of the Cornwall Insight business in GB, and into Ireland and Australia. He has also advised numerous clients across the energy sector, including international players in the market, investors, and governments and is thought of as one of the leading voices in the industry on key market developments.

Scott has developed over $1bn of energy projects globally and has extensive experience in the environmental, mining, finance and technology industries, having advised leading corporations in North America, Asia and Europe. Former positions include finance and development roles for Rio Tinto, Merrill Lynch and Skype Technologies.

Mark is responsible for the management of all the operating PPA portfolios for the company and third parties across Europe. Having recently joined the Corporate PPA team, his remit has extended to supporting the development of corporate solutions across the region.

Prior to joining the solar revolution with Lightsource BP in 2012, Mark held various roles in the project life cycle having completed 12 years in landfill gas generation at Energy Developments UK Limited (global producer of sustainable distributed energy) and 3 years at the UK Atomic Energy Authority managing construction and decommissioning contracts. 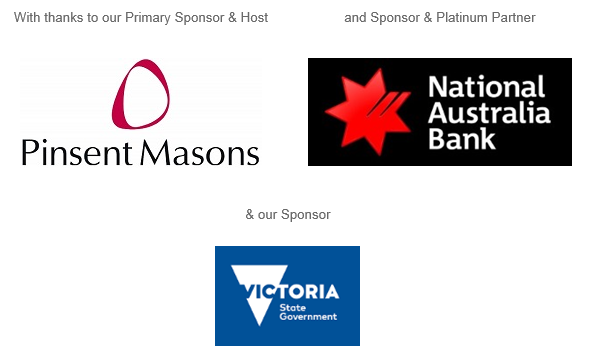