Prime Minister Scott Morrison has confirmed that Australia will go to the polls on Saturday 18th May 2019, launching Australia’s first federal election campaign in over three years. As one of the world’s few democracies with compulsory voting, not to mention democracy sausages, Australian politics can seem perplexing to those not following the twists and turns on a daily basis.

Join our experts as we discuss the big announcements of the election campaign, what a victory by either party could mean for business and their predictions for election day.

The Honourable Mike Rann was the Premier of South Australia and Minister for Economic Development from 2002 to 2011. He also served as National President of the Australian Labor Party.

In 2012, he was appointed Australian High Commissioner to the UK and a Governor of the Commonwealth Secretariat. In 2014, he was appointed Ambassador to Italy, San Marino, Albania, Libya and as the Permanent Representative to the UN’s World Food Program and Food and Agricultural Organisation.

Now based in London and Italy, Mr Rann is Chairman of the UK charity Power of Nutrition, and a member of the UK, US and Global boards of The Climate Group which operates in 45 countries. He is a Visiting Professor at the Policy Institute of King’s College London.

Sarah Webb commenced her role as President, UK & Europe at OFX in December 2018. Sarah is a dynamic leader, with more than 20 years’ experience in payments and a track record of developing client relationships, product initiatives and building profitable businesses. In her role at OFX, she is responsible for all regional commercial growth, whilst leading the expansion strategy across Europe.

Most recently, Sarah held the role of Managing Director, Global Payments Networks at Barclays, where she led a team responsible for managing strategic partnerships across credit and debit portfolios globally. In addition, she was Account Executive lead on the Barclaycard PSD2 programme, launched bank wide. Before joining Barclays, Sarah was Head of Global Product Management, Commercial Payments, at American Express.

Jason Groves has been President of Australian Liberals Abroad (ALA) UK since 2002 and the 2019 election will be the sixth he has overseen in that role. ALA UK was the only part of the Liberal Party to campaign as a group for a yes vote in Australia’s Same Sex Marriage Postal Survey.

Jason is also the Director of Communications for one of the world’s largest risk and insurance organisations. He is also the Chair of Dive In – a Festival promoting greater diversity and inclusion in the global insurance sector, and a board member of The Prince’s Business Emergency Resilience Group.

Jason is active in the communications industry; a Member of the Chartered Institute of Public Relations and a Freeman of the City of London.

Latika Bourke is a reporter with The Sydney Morning Herald and The Age. She has been based in London for the past three years covering a variety of topics, including of course – Brexit, the rest of British politics. She takes a keen interest in the burgeoning debate around China in the UK as well as highlighting the role and talent of Australians in the UK, whether they be in the arts, business or finance sectors.

Latika previously spent seven years in the Canberra press gallery reporting on federal politics and has previously worked for the ABC and Radio 2UE.

With thanks to our Sponsor 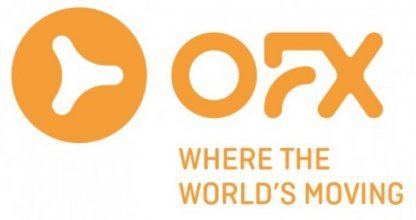